After discussing the genesis of The Most Northern Place with director Anrick Bregman, I wanted to know more about the engagement aspects of his interactive documentary and discover how he and his team approached this compelling story. 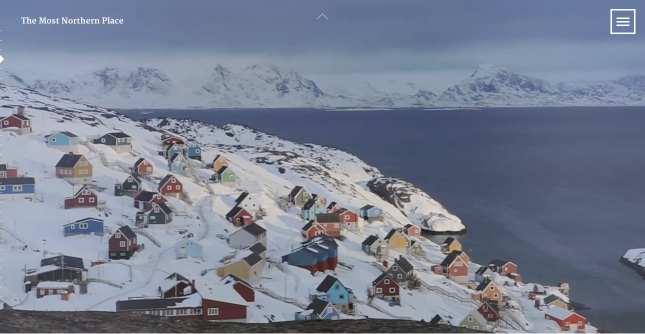 Prominent Monkey: In this post you said that a traditional documentary would not achieve the same sense of exploration. Can you explain in more detail what you mean?

At the core of interactivity there is something very different for the viewer, though. While cinema is passive, in interactive formats the viewer must act, engage with the narrative material in order for it to progress. That “click” or “tap” is an action – as functional as it may seem on the surface.

In my opinion what that action creates is the sense that viewers are active in discovering the story, we’re just setting the scene for them. It changes the way you take in information, as a viewer. It’s not better, just more focused on the viewer’s pace and their interests, or attention span. And it’s not just different for viewers: to me, as a filmmaker, it is also very different to make a film that will be simply watched, as opposed to a film that will be interacted with.

It’s exciting to construct an experience knowing that viewers are a key player, and trying to preempt that. It’s a weird collaboration if you think about it: the filmmaker and the viewer are reacting to each other, it’s just that it is out of sync, we are working at different times to create a singular experience. 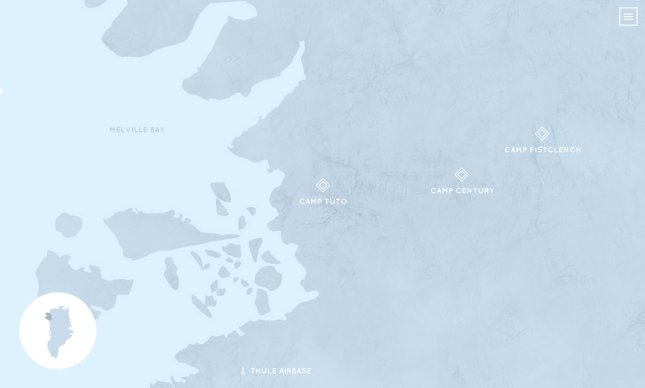 P. M.: In your web doc we experience several voices, which form a sort of stream of consciousness. Tell me something more about the writing process.

A.B.: The writing process involved a few steps, because early on we didn’t quite know what the exact outcome for The Most Northern Place would have been. It would have been a website, and interactive, but how? I had all kinds of ideas for the interface (much more complex than what we ended up with), but more importantly we initially wrote the script from the perspective of a narrator, a voice talking over all the film’s chapters.

We actually recorded several passes of a narrator’s voice for an early version of the project, but very quickly it felt contrived. Having an English voice didn’t sound authentic, a bit like when BBC news dub over interviews in foreign languages with people who have a faint accent. It sounds fake. So the words written for a voice turned into printed text on the page, which involved another few steps in the writing process. 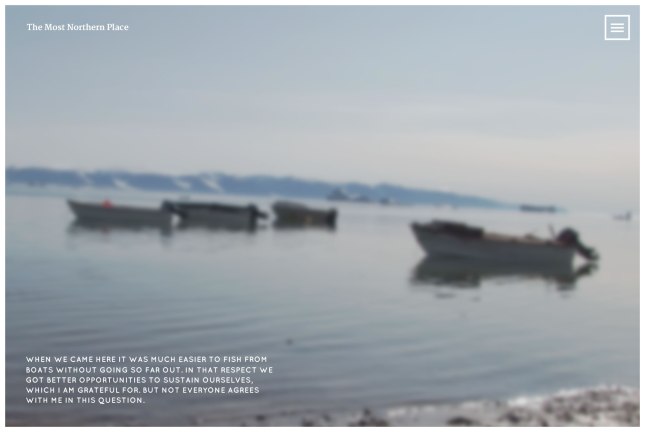 P. M.: Are the “voices” we read the ones of the protagonists of Qaanaaq or is there also someone not featured in Nicole Paglia’s project?

A. B.: They are the same people featured in Qaanaaq. The two projects were both based on the same trip Nicole made out to Northern Greenland, and the interviews she recorded while she was there.

End of Part 2. Stay tuned: Part 3 will be online tomorrow.