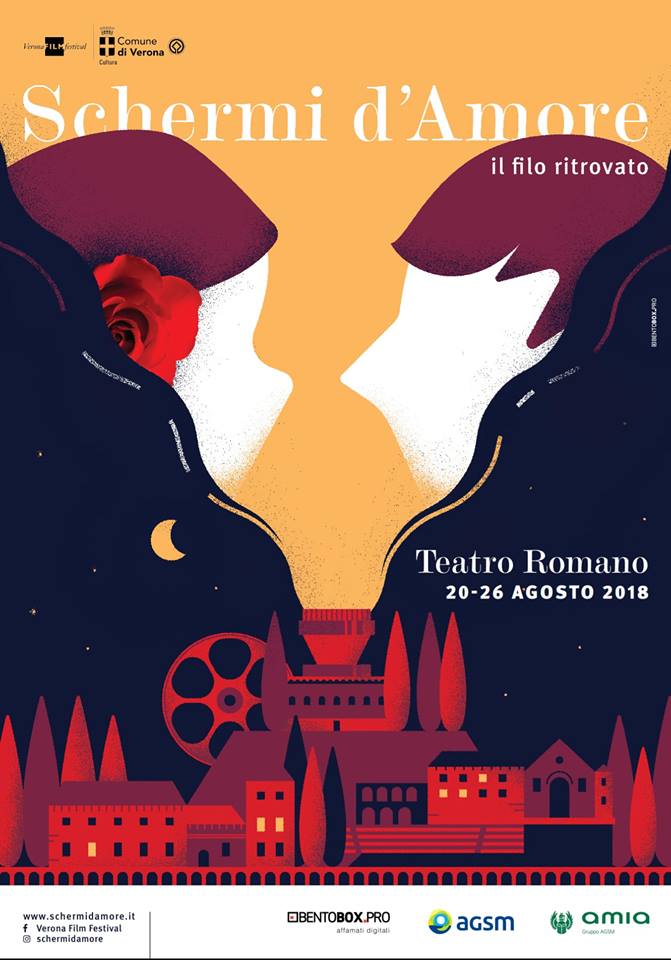 Among the many film festivals in the world, there is one I hold particularly dear. It’s the Verona Film Festival – Schermi d’Amore, born in the city of Romeo and Juliet and entirely devoted to sentimental cinema and mélo. This is where I started to work in the film industry a decade ago, when I was supporting the PR and media relations office during the last three iterations of the festival, up to 2010. It then went on a hiatus for eight years, after fifteen editions during which over a thousand international melodramas were screened to an audience that reached a peak of 20,000 spectators in 2008.

I am therefore thrilled to see that this unique festival, a staple for Veronese cinema lovers, is now coming back with a new edition scheduled for February 2019. It is being forerun by a summer event currently programmed until this Sunday, 26 August, at the charming location of the Roman theatre, in the heart of the ancient Verona.

With Artistic Director Paolo Romano and his long-time collaborators back in their seats, Schermi d’Amore – The Rediscovered Thread is offering seven titles exploring the nuances of love, as in the tradition of the kermesse. The key strength of the festival has indeed always been the variety of films programmed, each of them exploring a different layer of sentimental relationships, and this summer rendition is no different. The titles range from a restored version of Martin Scorsese’s classic The Age of Innocence (1993), which on 20 August kicked off the event in front of over 700 passionate attendees, to Kiyoshi Kurosawa’s supernatural tale Le secret de la chambre noire (Daguerrotype, 2016).

The red rose has been the symbol of the festival since its inception in 1996, and to discover what the petals of the flower are concealing for the 2019 edition, you’ll have to check the updates on Schermi d’Amore’s official website, or its Facebook, Twitter and Instagram accounts.