When I was much younger I loved watching movies but I did not pay particular attention to the cast and crew. I just enjoyed the stories. It was only later, when I started to study cinema, that I really got into “the who and the what” of filmmaking and began to think about a film in terms of who writes it and who directs it.

Until then, I only knew that some of my favourite movies included Jeremiah Johnson, The Wind and The Lion, Apocalypse Now, Big Wednesday and Conan the Barbarian. But later I discovered that they shared something within their creative team: these films all were written or directed by the same person. That screenwriter and director was John Milius. 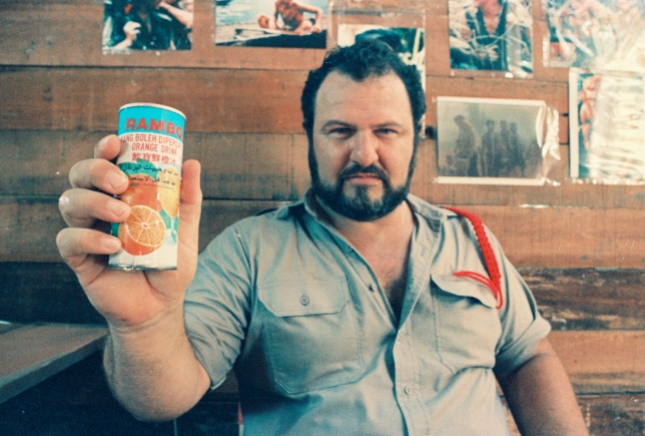 Talented and presumptuous, conservative and self-proclaimed Zen anarchist, surfer and avid gun collector, a macho who wanted to go to Vietnam and die for his country but was rejected because of asthma: it’s hard to separate the “real” Milius from the “persona” he created, as his long-time friend, the director George Lucas, acknowledges in the documentary Milius (2013). And it’s thanks to Joey Figueroa and Zak Knutson’s doc that recently I’ve got an update on this larger-than-life filmmaker.

I knew he had served lately as a story consultant for the video game Homefront, but I have to admit that he had slipped out of my radar after his creative consultancy for the TV series Rome, to which he also contributed as a writer. So I didn’t know that after experiencing a difficult financial situation he also suffered a stroke that left him unable to talk or write, and prevented him to fully devote himself to one of his ambitious projects: the biopic of Genghis Khan.

Milius literally goes back to the origins of John Milius’ life and career. While considering his groundbreaking contribution to some of the best known films from the 1970s and early 1980s, the documentary delves into one of the most creative eras of the American cinema: the so-called New Hollywood. But it also acknowledges how the mythology Milius created around himself soon became a problem, if not a concrete obstacle to his career.

The documentary could have ended in a pitiful and melancholy way, as it is usual when the closing of an era is in the air, or health issues are involved, as in this case (and here is when a clearly moved Steven Spielberg wonders in the film if there is anything sadder that a writer/director who is not able to communicate). Instead there is space for one last roar from this old lion, which of course I won’t reveal here. So if you’d like to pursue a career in the film business, enjoy the cinema of the “movie brats” or are simply interested in biopics, this is the documentary for you.