Big tech companies’ CEOs can be quite unusual people, praised as those few enlightened individuals able to bring grounbreaking visions to the world. On the forefront of design, innovation and technology, they’re worshipped for their unique ability to inspire people and open new roads. But what if these paths lead to unknown territories that question the line between human beings and gods?

This is the premise of the upcoming directorial debut of screenwriter Alex Garland, whose sci-fi thriller Ex Machina is set to be released in 2015. In the first trailer for the film, Caleb Smith (Domhnall Gleeson), a computer coder who works for an Internet tech giant, wins the chance to meet his CEO, Nathan Bateman (Oscar Isaac), in the private mountain headquarters of the company. What he discovers is that he is not there to enjoy the landscape, but to be part of a Turing Test to evaluate state-of-the-art artificial intelligences.

Needless to say, the A. I. named Ava has been modelled upon the features of a beautiful woman (Alicia Vikander), who does what she is supposed to do: blurring the line between humans and machines, with her twisted charm. In doing so, she challenges the relationship between the two men, the secluded boss who relaxes by boxing and has a weakness for abstract painting, and the 24 year-old employee who is excited to meet his guru. 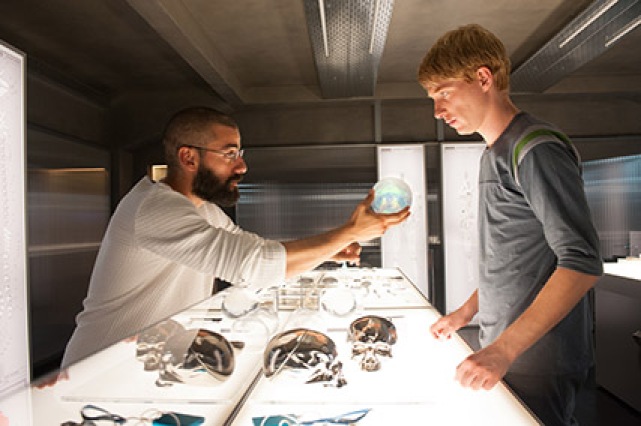 Artificial intelligences can end up as very peculiar creatures, but bosses are too. They’re the ones you can have a beer (or even an intimate dinner) with, but the day after will ask you to question your moral boundaries. If they invite you to spend a few days at their houses, you can be sure that you’re not there by chance: they know how good you are and will test your performance in the most subtle ways. What if you don’t perform as you’re supposed? The different generations of robots within the film also lead to another question raised by the trailer: what happens to the previous models when they don’t fit the role anymore? Quite a fitting question if we consider nowadays’ labour market… 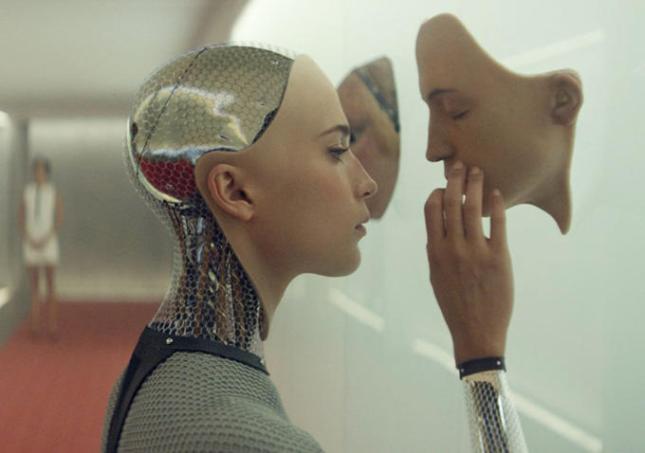 Being a fan of one of Garland’s previous scripts, Sunshine, which was directed by Danny Boyle and is one of my favourites recent sci-fi films, I am looking forward to watching this psychological hi-tech triangle of relationships. In the meantime I’ll keep an eye on the official site, Facebook, Twitter and Instagram accounts.